About a month ago, I went to a butcher and found some oxtail. I had never had it before but had seen this recipe and was keeping my eye out for it. I made a ragu and used my pasta machine for the first time to make the pasta for it. It was pretty amazing but since I then went to Greece for a few weeks, I forgot to blog about it. Now I’m back and it’s cold so I started craving the rich, thick, meaty sauce on eggy pasta. No doubt I’ll be making it again soon.

The recipe is fairly similar to a standard ragu recipe with an extra step to remove the meat from the bone. I’ve changed the original recipe slightly to use spices I am obsessed about had in hand.

In a large saucepan, brown off the meat. Take it out of the pan, add some olive oil and the onions and fry until soft. Add the garlic and fry for a further couple of minutes, making sure it doesn’t burn. Add the meat back in the pan together with the wine and let it boil so that the the alcohol evaporates. Add the tomatoes, some water, the Marmite and the herbs and spices and simmer for at least 2 hours (but the longer the better). 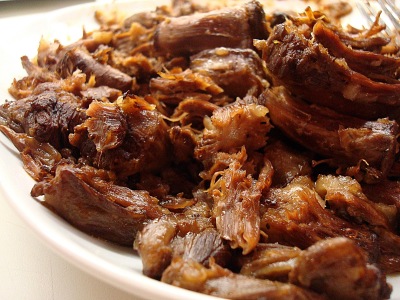 When the meat feels soft, take the pieces out and remove it from the bone. Add the meat piecesback into the pan, together with the aubergine and a little more water. Let it simmer for an hour. Serve with pasta.

Even if the Cambridge food scene isn’t very interesting, I feel like I’m not allowed to say such a thing, having yet to visit places like Midsummer House and Alimentum. It’s just that in London the choices multiply and the prices (at least for the quality you’re getting) drop. I can’t but love it.

A weekend in early June we found ourselves heading down to the capital for a little food adventure. After stuffing our faces with the brilliant (and unexpectedly large) lunch at Launceston Place, we headed to our next stop: Bea’s of Bloomsbury. I had never heard of it before, but a friend works nearby and had great things to say about the little cafe in Holborn. 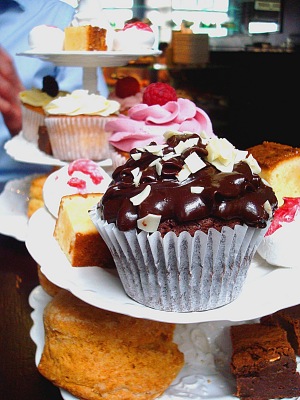 We were booked in for afternoon tea which includes a scone and several mini brownies and cupcakes. I started with the mini raspberry meringue, which turned out to be my least favourite. It was pretty to look at and lovely to eat, with a crumbly texture, but I found it a little too sweet for my liking. I still hadn’t recovered from lunch though, so maybe that was the problem. 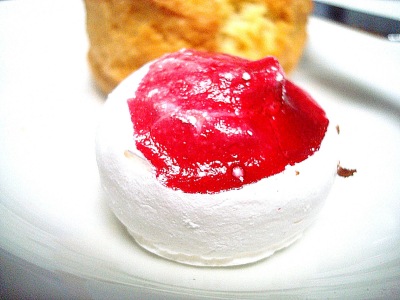 The scone, obviously served with clotted cream and jam, was one of the best I’ve had. It’s been over two months since then but I can still remember the moist, crumbly texture and the slightly salty taste that went perfectly with the sweet jam. It was rich but somehow still light and I could have eaten them all day.

I was hoping that my Lapsang Souchong would help me digest my lunch and manage some of the cakes but, after having the scone, things started to look pretty desperate. Thankfully, we all agreed we’d rather take the rest of the cakes away and try again later in the day. When we did manage them, I was pleasantly surprised at how moist the sponge was and how fruity the icing. It was a close competition but the favourite was probably the passion fruit one.

If I had to complain about something it would have to be the place itself. We were there on a hot summer’s afternoon and since there was no air conditioning it was quite stuffy. I am sure that’s not a problem for most of the year, thanks to the glorious British weather, but maybe it’s worth looking into it for the few summer days we get. I did like the fact that from where we were sitting we could see the kitchen; it makes you feel that they haven’t got anything to hide!

Bea’s of Bloomsbury does afternoon tea for just under £10 per person and it is well worth it for the quality and amount of stuff you get. You can add savoury mini baguettes for an extra £3. Or you can just drop in and choose a slice (or two) of cake to take away.