Well, this is going to be a hard one. My initial idea for this title was the offensive but accurate “Minneapolis is rubbish” but to be honest I didn’t have such a bad time, even if it was because I was with fun people and I was quite busy with maths. So, I decided to stop moaning, and write about the good things. I will number them as well, because then it will feel more of an achievement every time I manage to come up with one extra thing. There it goes:

1) Sky walks: It’s 6.30 in the morning and you are on your way to the conference centre, for 10 hours of talks. It’s cold and you’re tired (jet lags only happen when you go East as far as I’m concerned) and the last thing you want to do is get out of the hotel. Worry not: 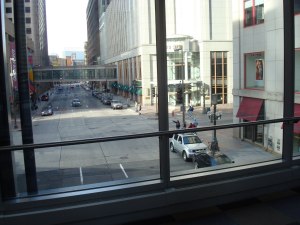 You don’t have to.

2) Hell’s Kitchen: They make something called sausage bread with the texture of a really moist cake and the taste of heaven (oh, the irony). And they serve it with something that I can only hope is whipped butter rather than whipped cream. If someone can confirm that it is actually butter, my respect for Minneapolis will increase by about 450%. 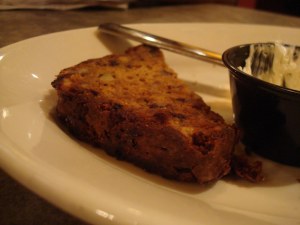 And, if you order a sandwich, you can expect your bread to have been buttered to death and then fried. Don’t get me started on the portions. This one is a big hit apparently, with loads of cheese, ham and poached pears. It was yummy. 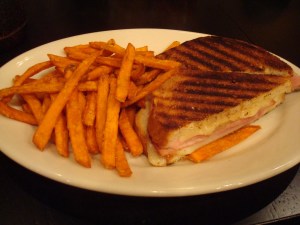 Finally, they claim that they make the best peanut butter in the world. They might be right. 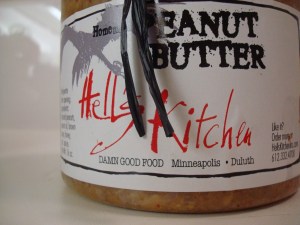 3) Joe’s Garage: Yes, more food, but this is a food blog and I am starting to struggle for ideas. Joe’s garage looked pretty terrifying from the outside but, once on the inside, we were served juicy and tasty burgers by someone (presumably called Joe) who seemed friendly and competent. He memorised our order (although we all had different toppings and sides on our burgers) and only made one mistake.

4) The twin city of St Paul: Ok, not strictly in Minneapolis but if you’re looking for some type of sightseeing, you can have a look at the only two interesting buildings we managed to spot in the two cities: 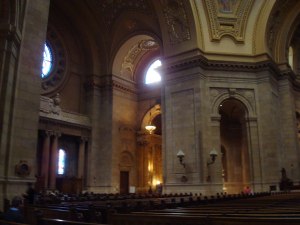 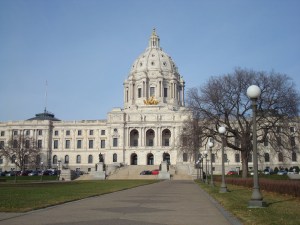 It is advisable that you avoid looking at the ceiling or wall paintings if you have a sensitive stomach or any sense of style. 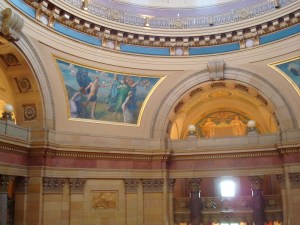 5) Hard-working people: The lady that gave us an amusing tour of The Capitol – highlight was her using the word sophisticated to describe the decoration of this: 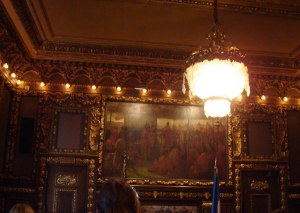 also turned out to be working at the cloakroom in the conference hall. Coincidence? Maybe there are actually only 3 people living in Minneapolis after all, which could well explain the empty streets.

All in all, you wouldn’t go to Minneapolis out of choice, but if you find yourself having to, pick a good restaurant. They do exist, but they might be hiding away in a basement.