Saying that Chilli Cool has been reviewed by many before is certainly an understatement. I was already well informed about what to order from this and this and this post. And I knew I would love it.

This is the kind of place you want to go with sharers. There are so many lovely dishes and you really don’t want to be stuck eating just one of them while staring at other people’s food!

The starters were cold, which was maybe a little surprising, but the Szechuan Chicken was very tender. 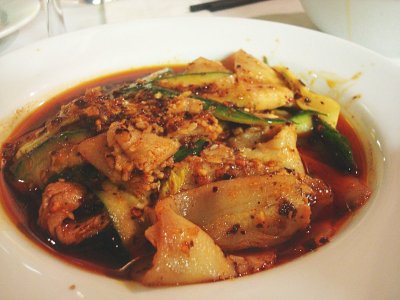 Even better was the Pork Belly in Garlic Sauce which was so thinly sliced and silky that it actually took me a while to figure out what I was eating. And somehow I mean this as a compliment!

The beans were brilliant, crunchy, charred, salty, with porky bits to add flavour. As an added bonus, you felt you were almost being healthy eating them. 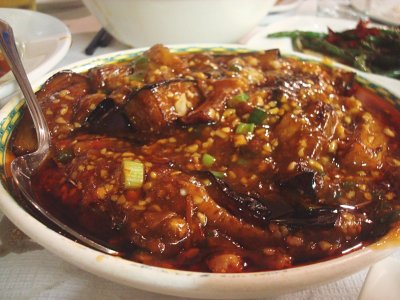 I can’t actually find a picture of a dish I loved, the shredded pork. Maybe because I was too busy stuffing my face with it. But above is my real favourite, as expected, the Sea Spicy Aubergine. This was so awesome that I am still dreaming about it, a few weeks later. It was silky, sweet, spicy and resulted in a certain male companion sheepishly admitting it was his favourite dish. He seemed relieved when we told him there was pork in there too and tried to pretend he knew all along, but that’s high praise coming from him thinking it was a vegetarian dish!

Low point: Not many. When I ate a chilli?

The money: £12 with tea and tip, and we ate until we ached. Bargain.