What do you do when you’ve spent three days eating huge amounts of spit-roast lamb for lunch and dinner?

Apparently, you find yourself ordering a crepe at that (life-saving) 24h sandwich shop. At 4 in the morning. I can’t even remember what was in there, but there was definitely cheese, chips (yeah, obviously) and mayo. And probably some meat.

I woke up with no hangover – thankfully all those calories didn’t completely go to waste. But I was really hoping to eat something slightly healthier and preferably green-coloured. I don’t think my mum has ever seen me so excited about spinach.

The recipe is of course quite vague, since this is how mum described it to me. Actually, her first sentence was “Make some dough” and she was not going to offer any further explanation. Thankfully she saw the blank look on my face and got the hint.

Simply mix the flour with the oil and the salt and then add water gradually and knead until you have a dough. You want it as wet as possible without sticking to your fingers or the bowl. Knead until smooth and let it rest. In the meantime, prepare the filling. 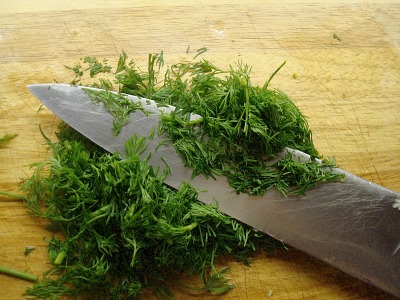 First of all, wash your greens and chop them up. In a big bowl, mix with the cheese and the rice. Add some pepper, a little bit of salt, depending on how salty your feta is, and drizzle with olive oil. Mix to combine.

By now the dough should be ready to be used. Cut off an apple-sized piece and place it on a lightly floured surface. You want to roll it out to a rectangular shape, a bit like in the picture below, but probably a bit thinner than mine. Make it thin enough so that you can just about see there’s spinach inside when you fill it and roll it up.

Add some of the mixture in the middle and then roll it into a long cylinder. Squeeze the ends of the dough to seal them and roll it in this kind of shape: 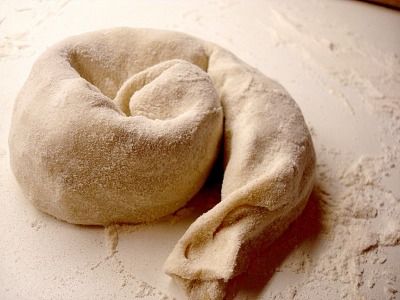 Brush top and bottom with some olive oil, place on a tray and cook in a preheated oven (180 degrees) for about 30-40 minutes or until golden brown. My mum turned them round towards the end, but I forgot to. Not sure how much of a difference it makes but you should probably do it anyway. 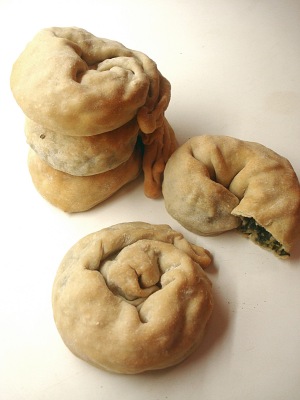 I think mine also needed a bit more cooking, but I was in a hurry. I reheated a couple the next day, and they were nicer, so leave yours until they look a bit darker than the ones on the picture. 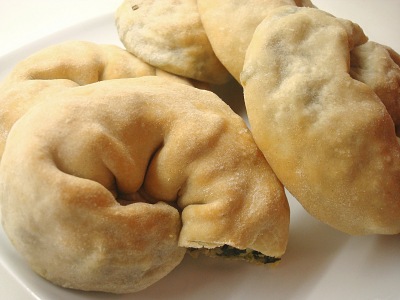 I really love making a big batch of these and having them for lunch the next day too. You can also have them as a light dinner or serve them as a side to something meaty (in Greece we had them with some lamb – of course!).

You can add less authentic things in there too, like some kind of meat, diced finely. Just don’t skip the rice, it makes a big difference as it absorbs the liquid from the spinach and stops them from turning soggy.